Here's the schedule of various Inkpunk events and appearances (we're all over the place, wow.) I'm nervous and delighted to be on a panel myself: Beautiful Monstrosities with Sue Dawe, Nancy Hightower, and April Lee! (*in awe*)

And also, just because it's SO COOL.... here is Chef Morticia's Super Rad Hotel Room Cooking Challenge (for people who do con's on a budget: how to make healthy yummy food in your hotel room using a rice cooker and a clothes iron :P) (ROLLERDERBY ftw.)
Posted by galen dara at 1:09 PM No comments: 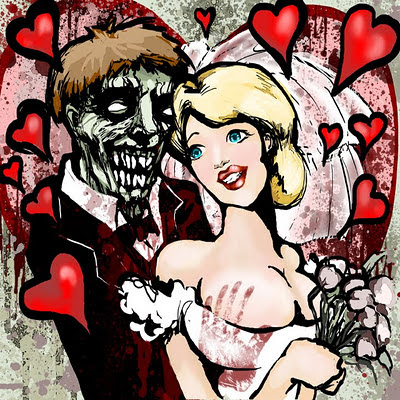 John Anealio's tribute to Rigor Amortis, with a special nod to Steven Scearce's story, Second Sunday in September. It was a pleasure to create the art work for this, Thank you John.
Posted by galen dara at 9:35 AM No comments:

In case you haven't heard yet. Rigor Amortis is being re-released! Go, right now, and read Paul Goat Allen's review for Barnes and Noble. Here's an excerpt:

"...this anthology will amass a cult following almost instantly – I’ll guarantee it. Anyone who is into “dark erotica” should seek out and read this deeply disturbing and relentlessly sexy anthology immediately..."

To commemorate the re-release, John Anealio wrote up a dirty undead ditty then he and fellow Functional Nerd Patrick Hester invited several of the Rigor Amortis contributors (Steven Scearce, Andrew Penn-Romine, John Nakamura Remy, and I) to join them for a podcast.

That was a tremendous amount of fun. As is usually the case, when all is said and done and the recorders are turned off, then you remember all of the things you wanted to say but forgot to.

Therefore, a few tender thoughts about it all and the beginning that Rigor Amortis represented for me. It was my first time working with editors Erika Holt and Jaym Gates, as well as being one of my first real gigs as an illustrator. Erika and Jaym cheered, coached, encouraged, supported and gave incredible feedback as I grew into the process.

Then, after Rigor Amortis, Erika and Jaym put their brilliant heads together again and created Broken Time Blues. When it came time to get cover art for the book, they took a chance on me. Specifically, they went to the publishers and asked THEM to take a chance on me. Then they cheered, coached, encouraged, supported and gave incredible feedback as I grew into that particular process.

It has been an auspicious beginning that has led to many many other wonderful beginnings.

Thank you, Erika and Jaym. For being so full of awesome.

Broken Time Blues, (internal illustrations by Evan Jensen and I): 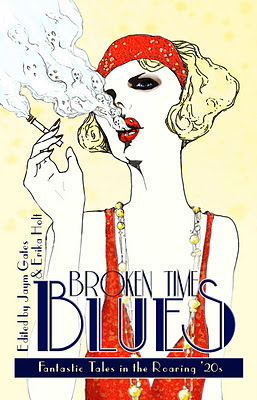 Posted by galen dara at 6:34 AM No comments:

This year's 24 hr comic day was a success with much awesomeness created by all. 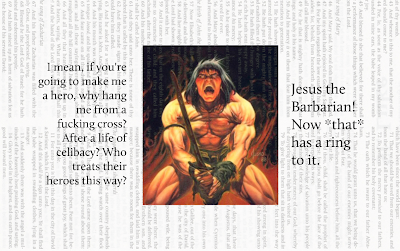 Jacob Ruby’s live-blogging of his own venture: 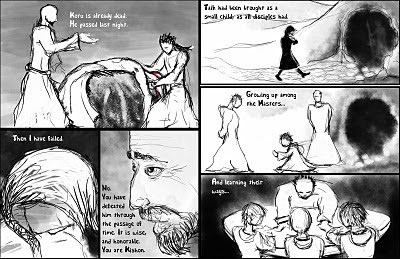 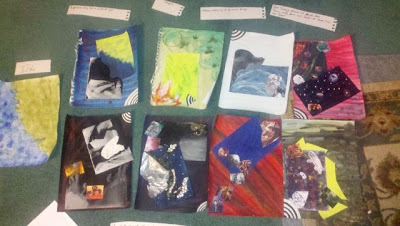 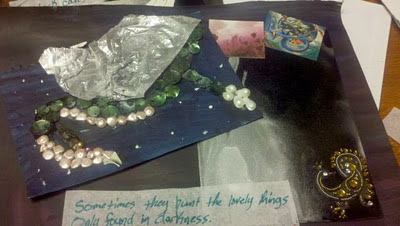 My own creation: a 10 pg comic based on Jaym's story "Song In My Bones" (on flickr , +Google, and live blogged)


In addition, here is the Comic Alliance write up w/ links to many many other artists and groups that participated in 24 hr comic day: Quite pleased that Jacob, Jaym and I were included in the write up!
Posted by galen dara at 11:25 AM No comments: